4 years in the first team. 132 competitive games, 40 goals, and 32 assists. The youngest goal scorer, the youngest hattrick's author, the youngest best league scorer, the youngest player with 100 league appearances and we could go on. Adam Hložek made a couple of records in Sparta that will stay in the history of our club. 19 years old player is leaving Sparta and chasing a new challenge – playing for Bayer Leverkusen in Bundesliga.

Short run, shot and the ball ended inside the goal. All of us remember Hložan's winning goal from the free kick in the 303rd derby against Slavia. Now we know, it is going to be his last goal in our jersey for some time. 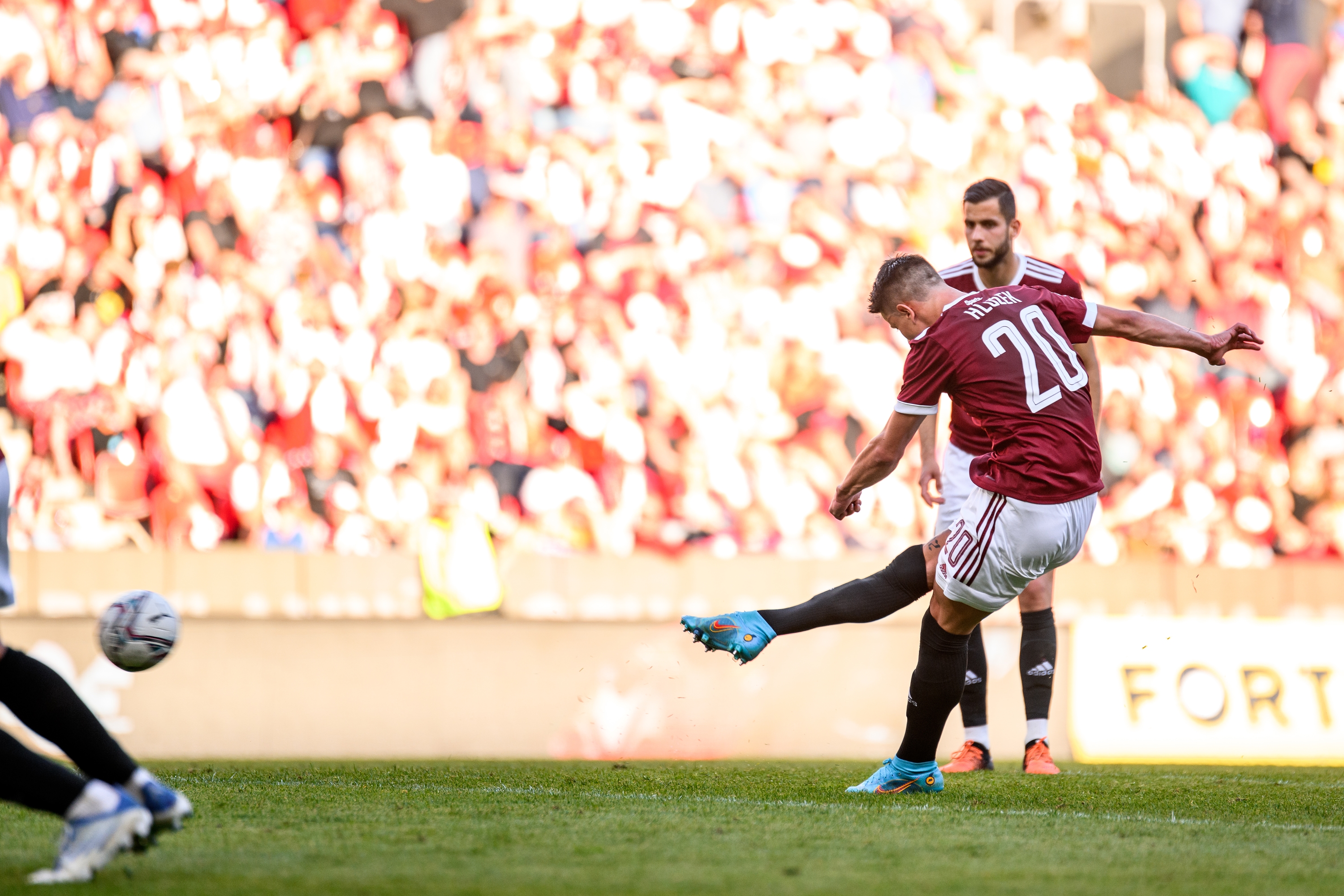 One of the first Adam's photos in the Sparta jersey comes from 2015. He was 12 years old at that time. 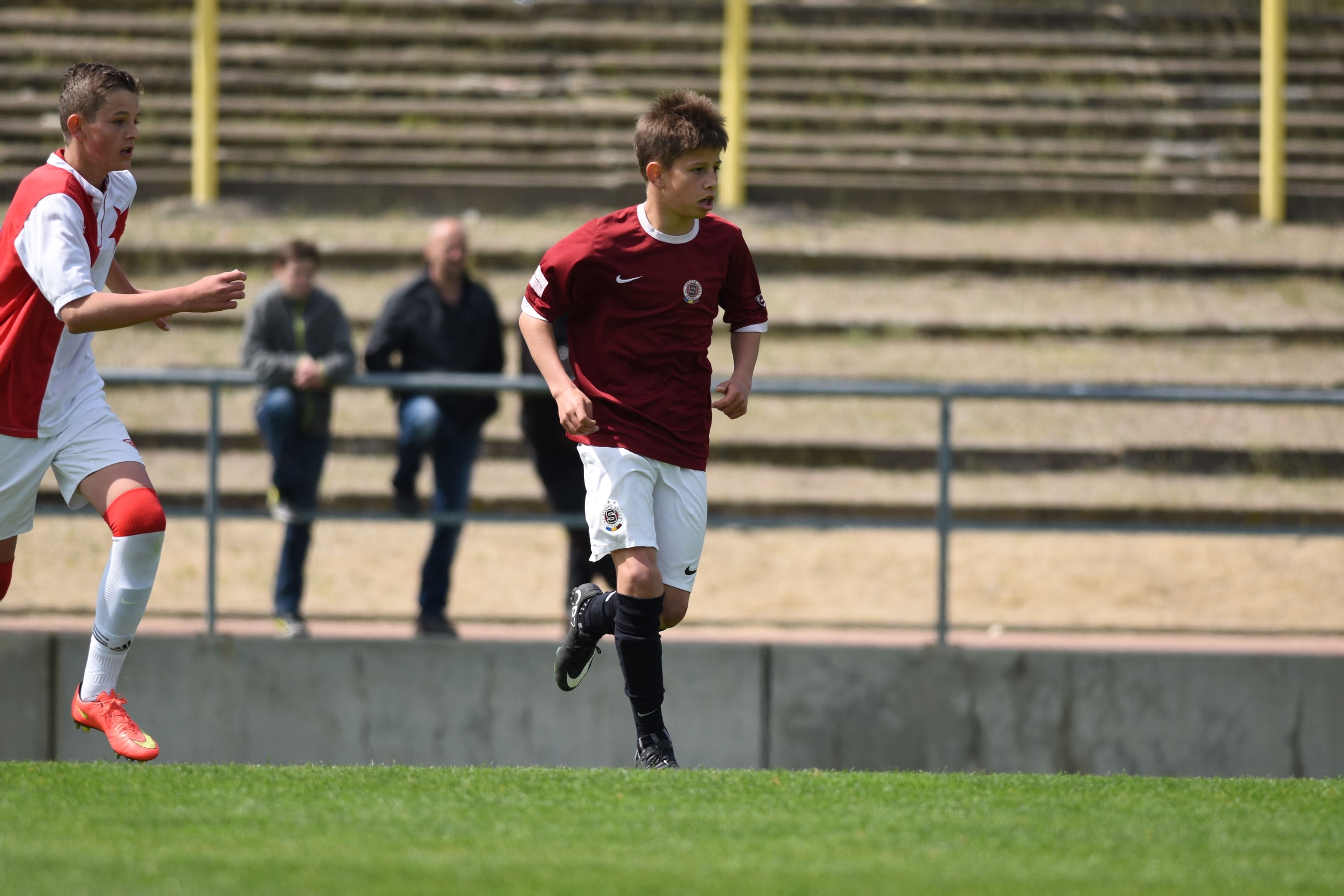 Looking at this picture, it is almost unbelievable he debuted in the first team three years later. 23rd of June 2018, 15 years old Adam played 20 minutes in the friendly game against Trenčín. 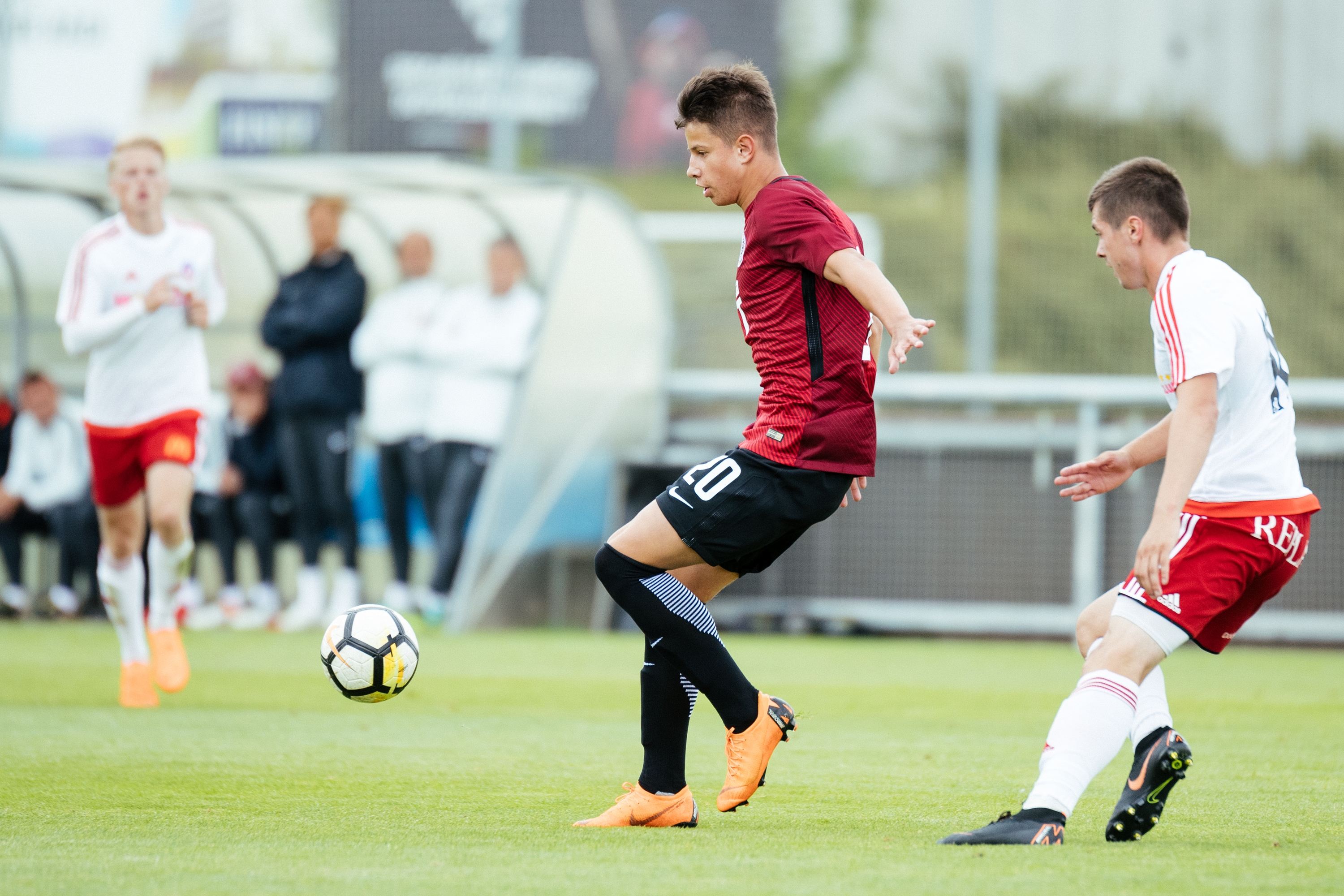 He made his premier appearance in the competitive match in October of the same year when he played the last seven minutes in the cup game in Polná. Even these last minutes were enough for him to score his first goal. 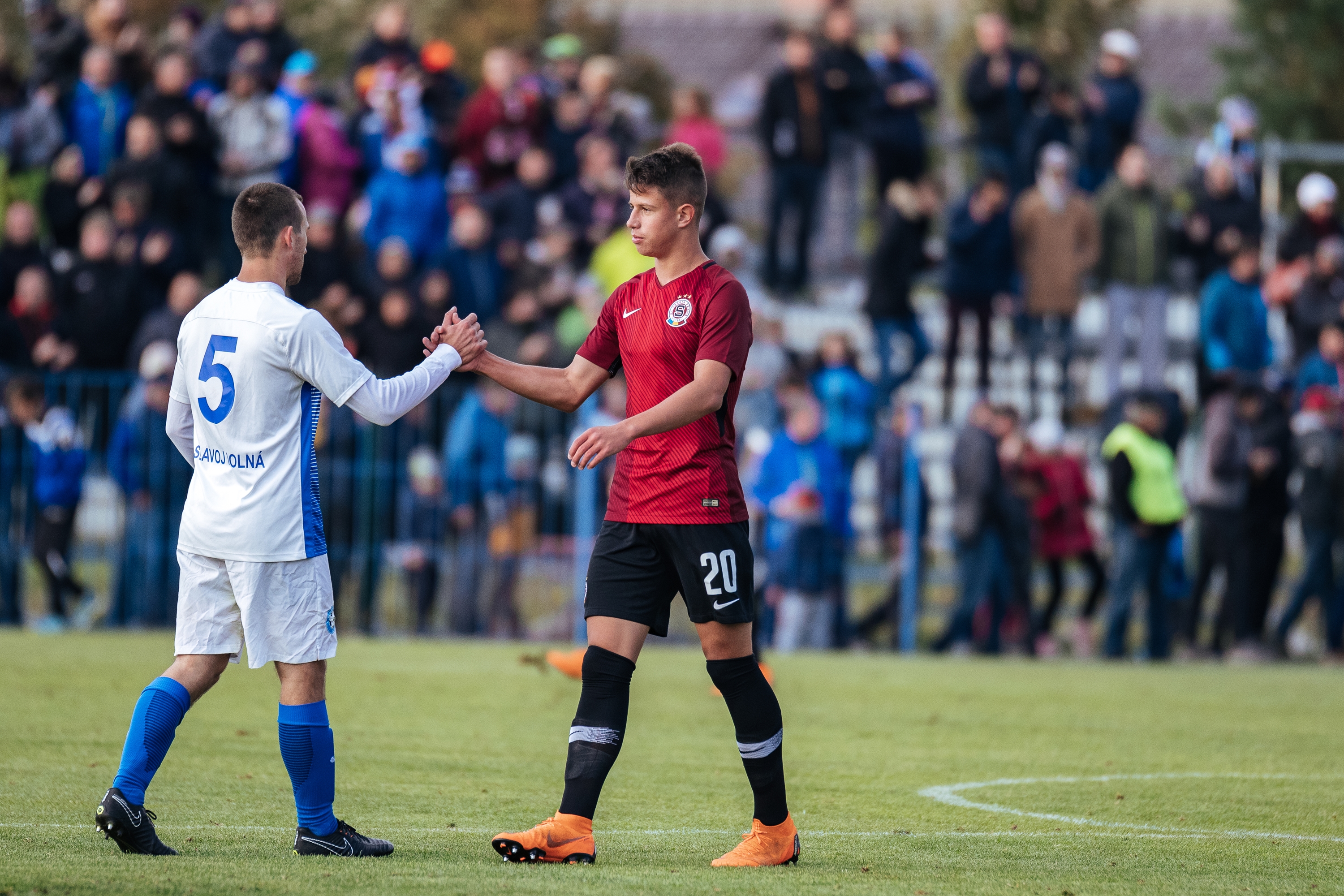 He debuted in the league in the game against Karviná one month later and on the 9th of March, he became the youngest player who has ever scored in the Czech highest league. It was the last game of the season and Adam had 16 years, 7 months, and 12 days. He achieved this goal in the home match against the champions from Plzeň that Sparta won 4-0. 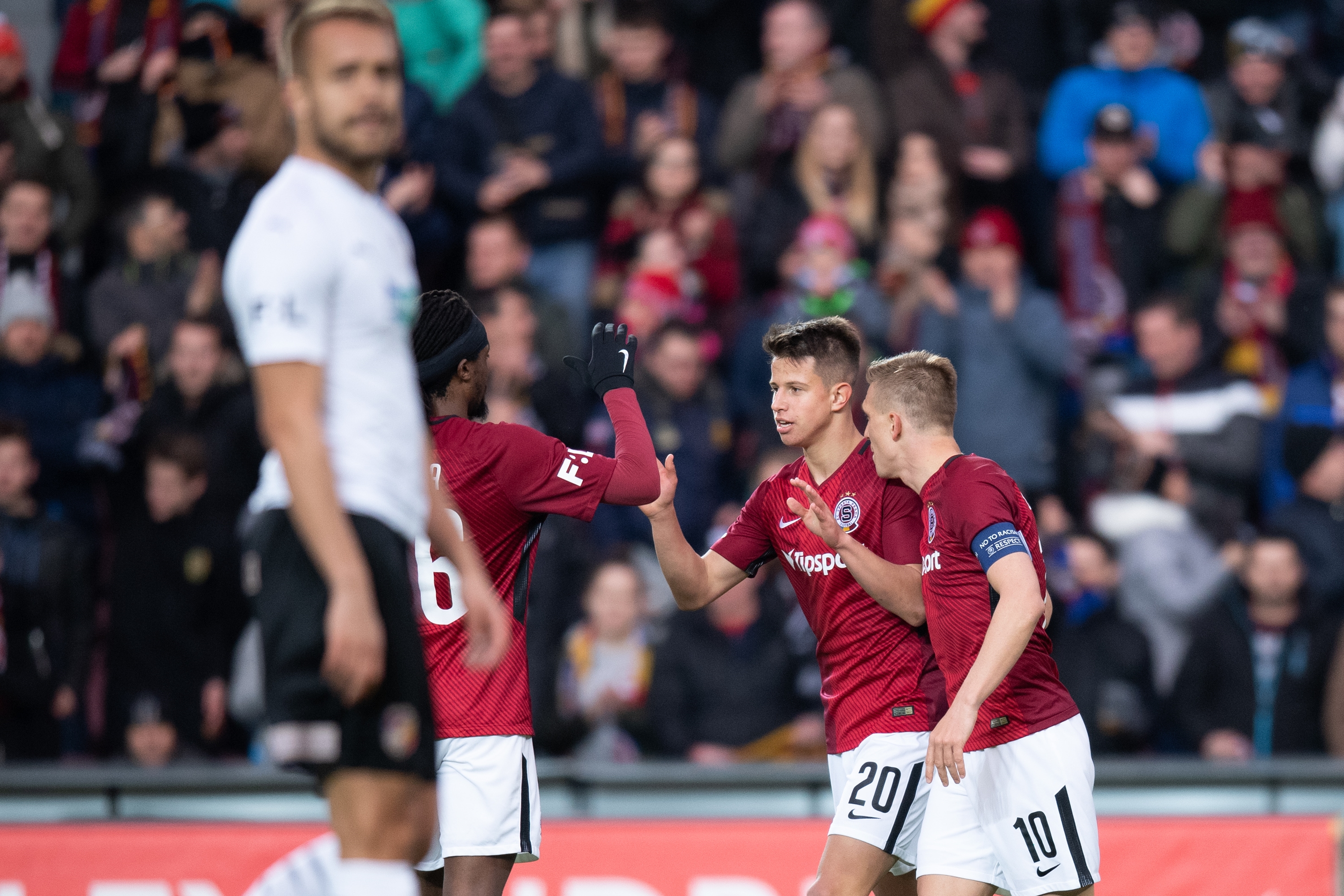 Adam was named the best player of the season by his teammates. 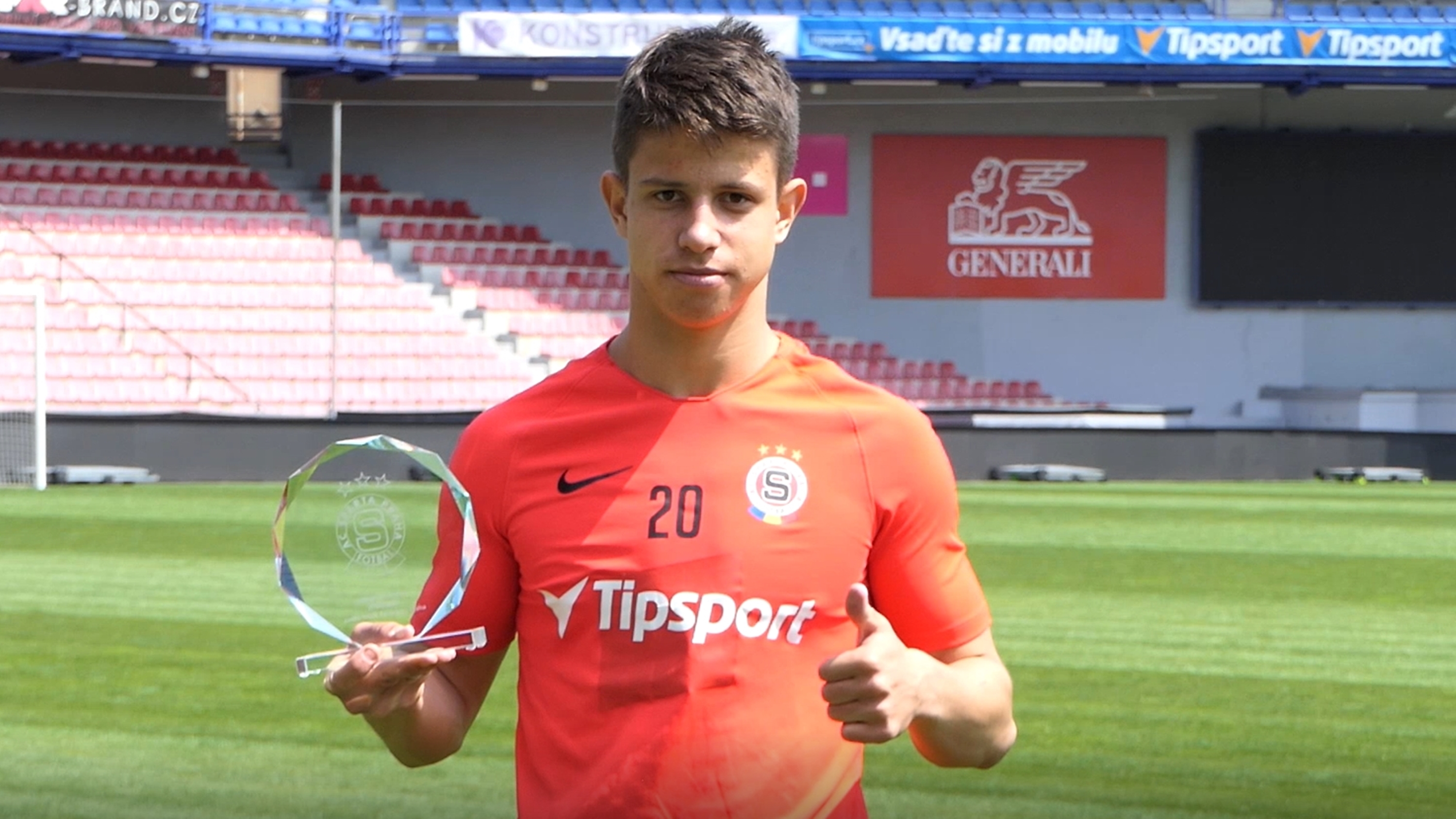 The next milestone came in the summer of 2019. Sparta was not successful in the Europa League qualification against Trabzonspor, however, Adam scored and became the youngest Spartan who has ever reached a goal in the European cups. He became 17 years old only 21 days before scoring it. 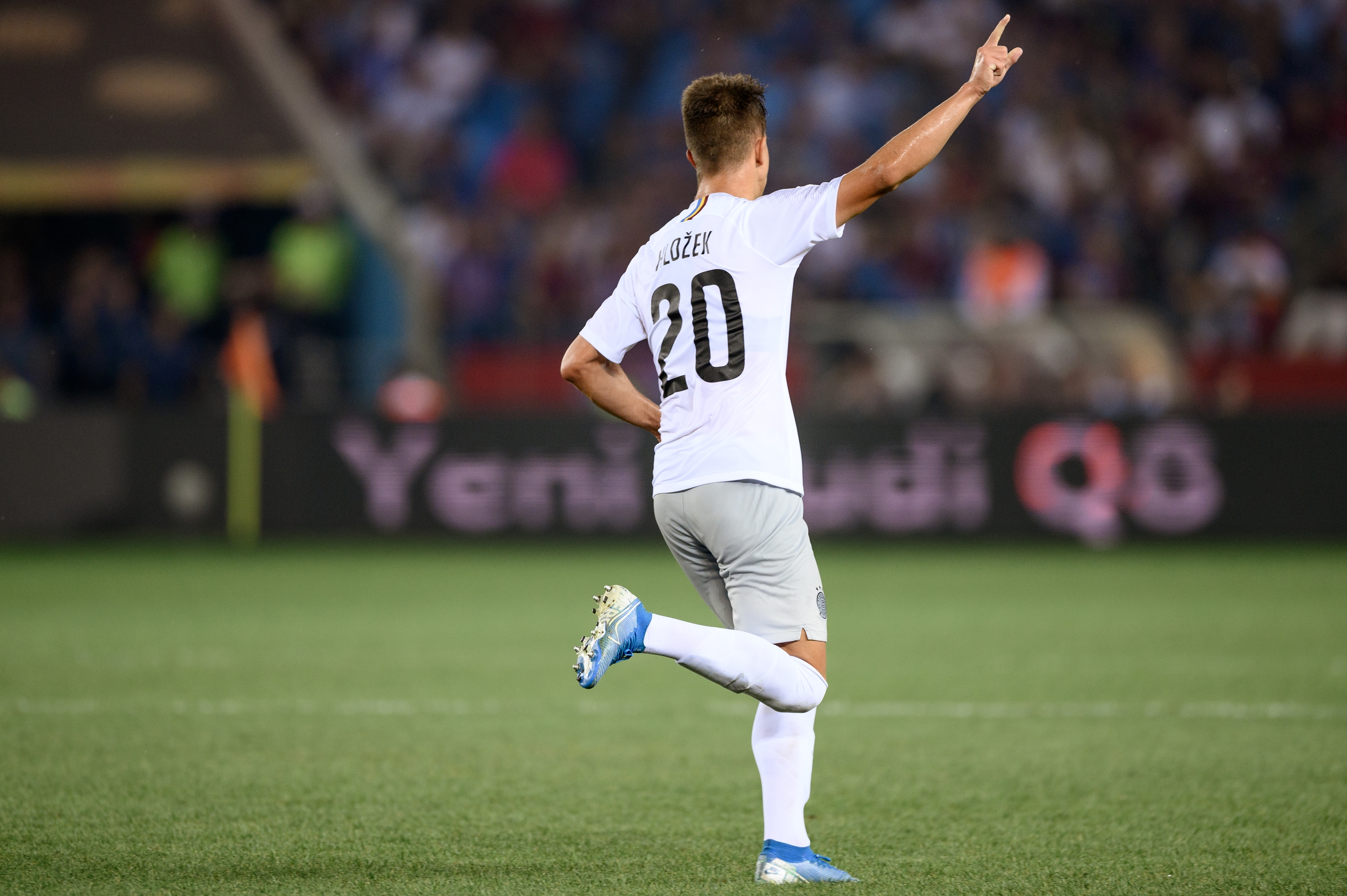 Adam achieved another milestone in the season influenced by a coronavirus. He played his 50th match in the June game against Baník and he became the youngest player in the league history, who reached this number of matches before turning 18. It was also the first time he scored twice in a league game. 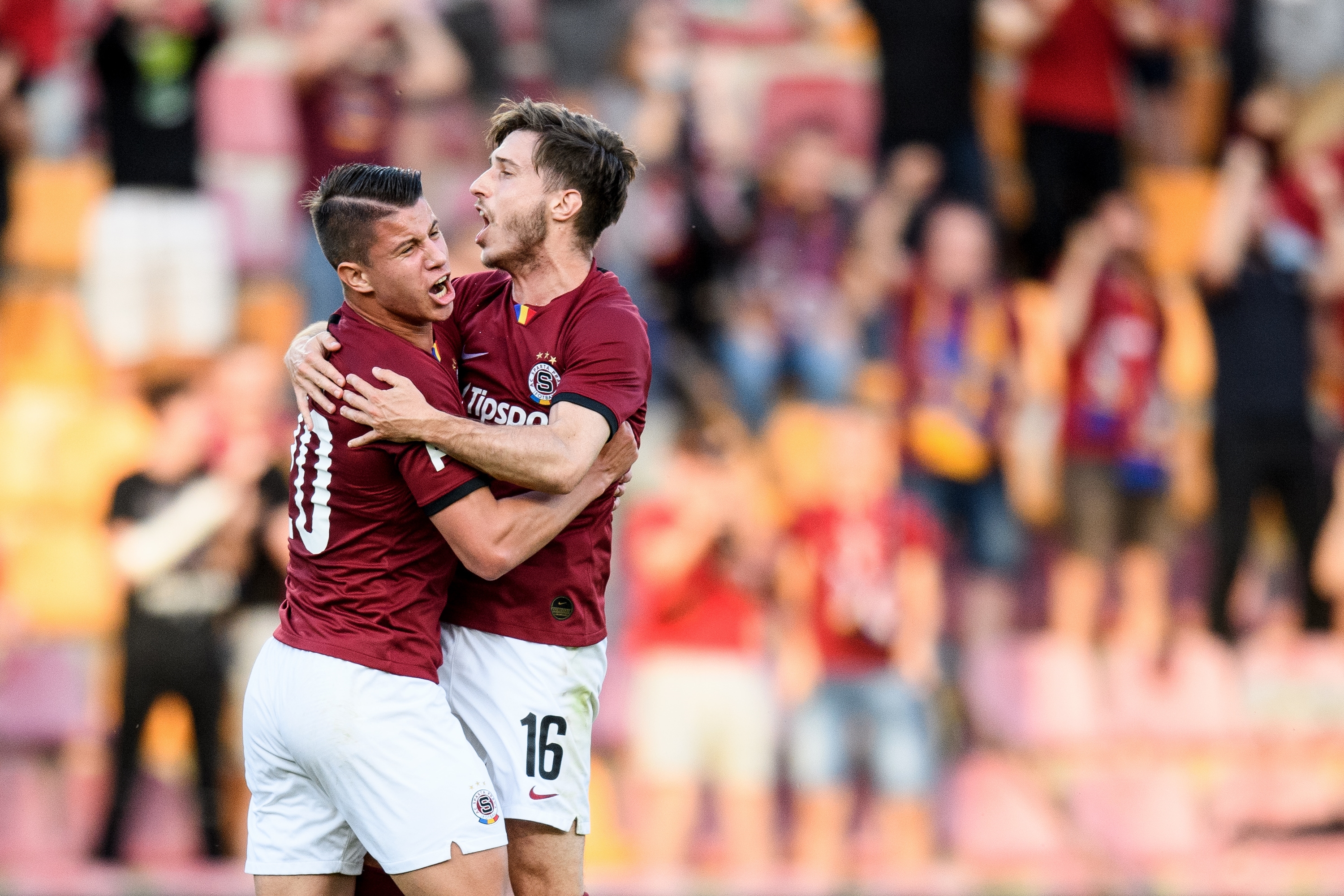 He finished the season with a win in the MOL Cup. Unfortunately, it was the only team trophy he won in Sparta.

The team qualified for the group stage of the Europa League in autumn 2020, however, he played only one game. A few days after the game against Lille was announced Adam got injured and he will be out until the next spring.

He came back in a great style. He achieved a hattrick in the home game against Opava (25.4.2021) and he became the youngest player in the history of the Czech league who has done it. 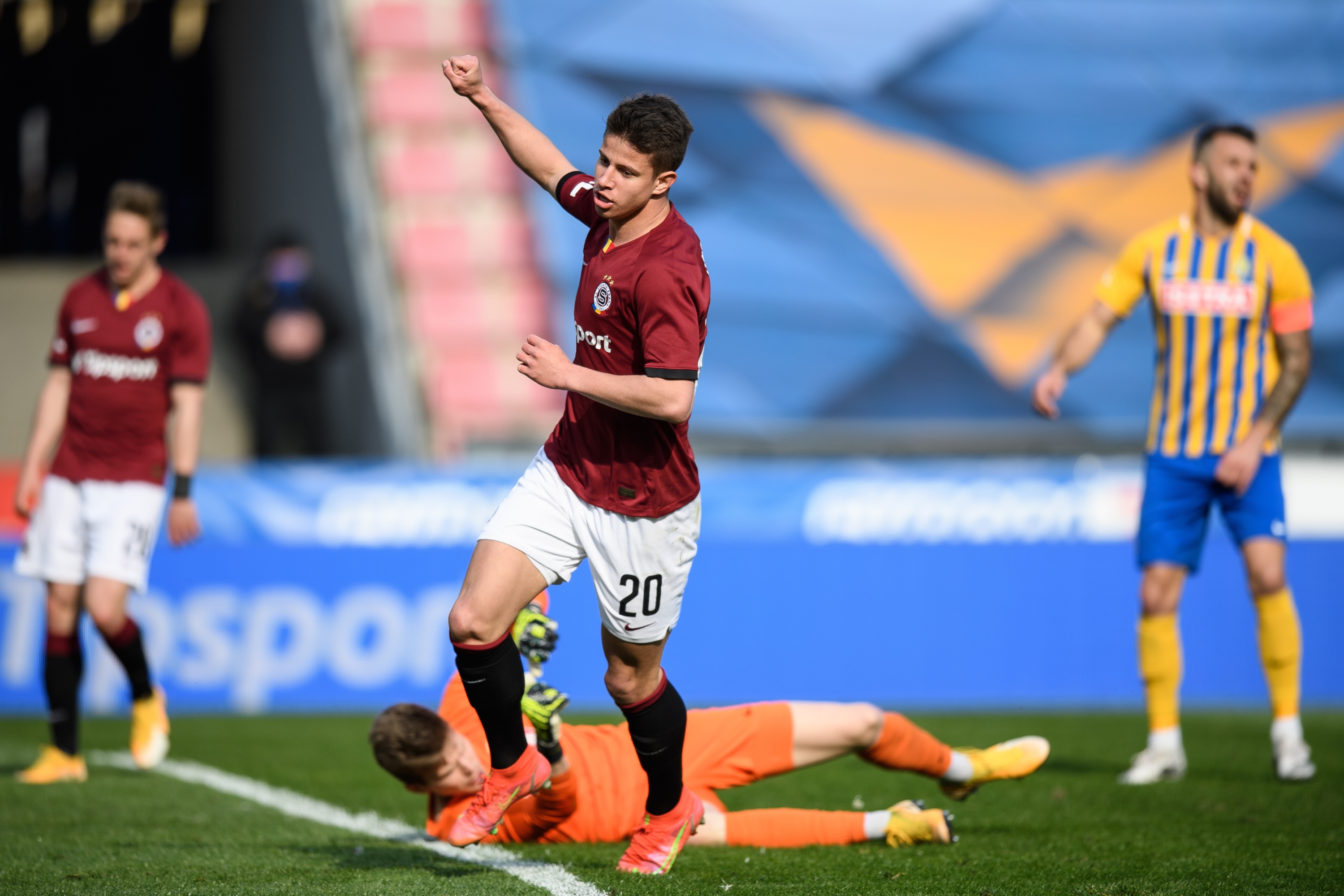 That was not all! He scored four times in the first half against Brno one month later and he became the youngest top goal scorer in the league. He scored 15 goals in only 19 games. He was named the best striker of the competition in the season 2020/2021. 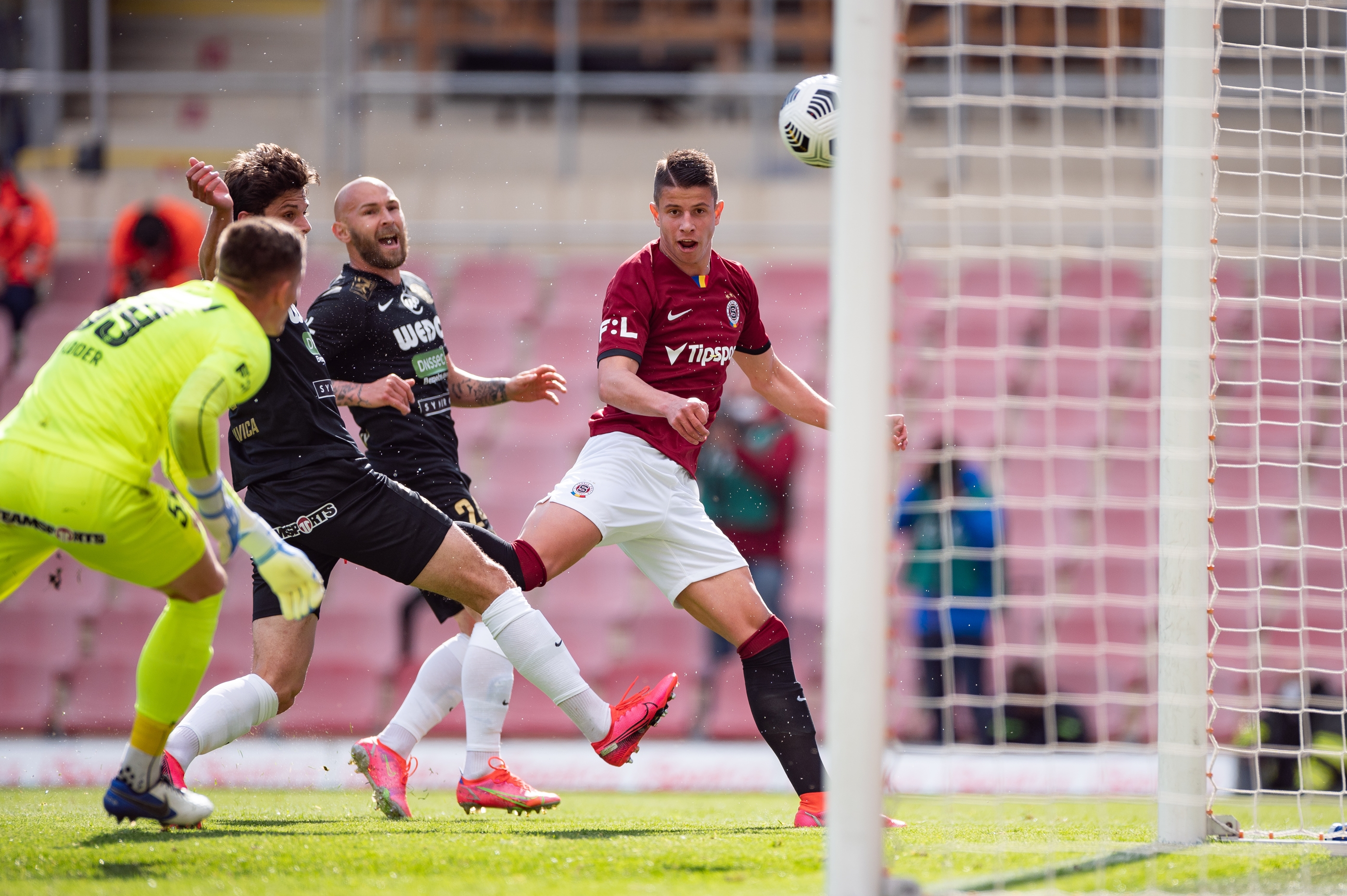 Hložan made an assist in the winning game against Rapid Vienna in the 2nd qualifying round of the Champions League. Sparta advanced to the group stage of the Europa League because of that. Adam played five matches and he scored his premiere goal in the last game of this phase against Brøndby. These three points moved Sparta to the playoffs of the European Conference League. 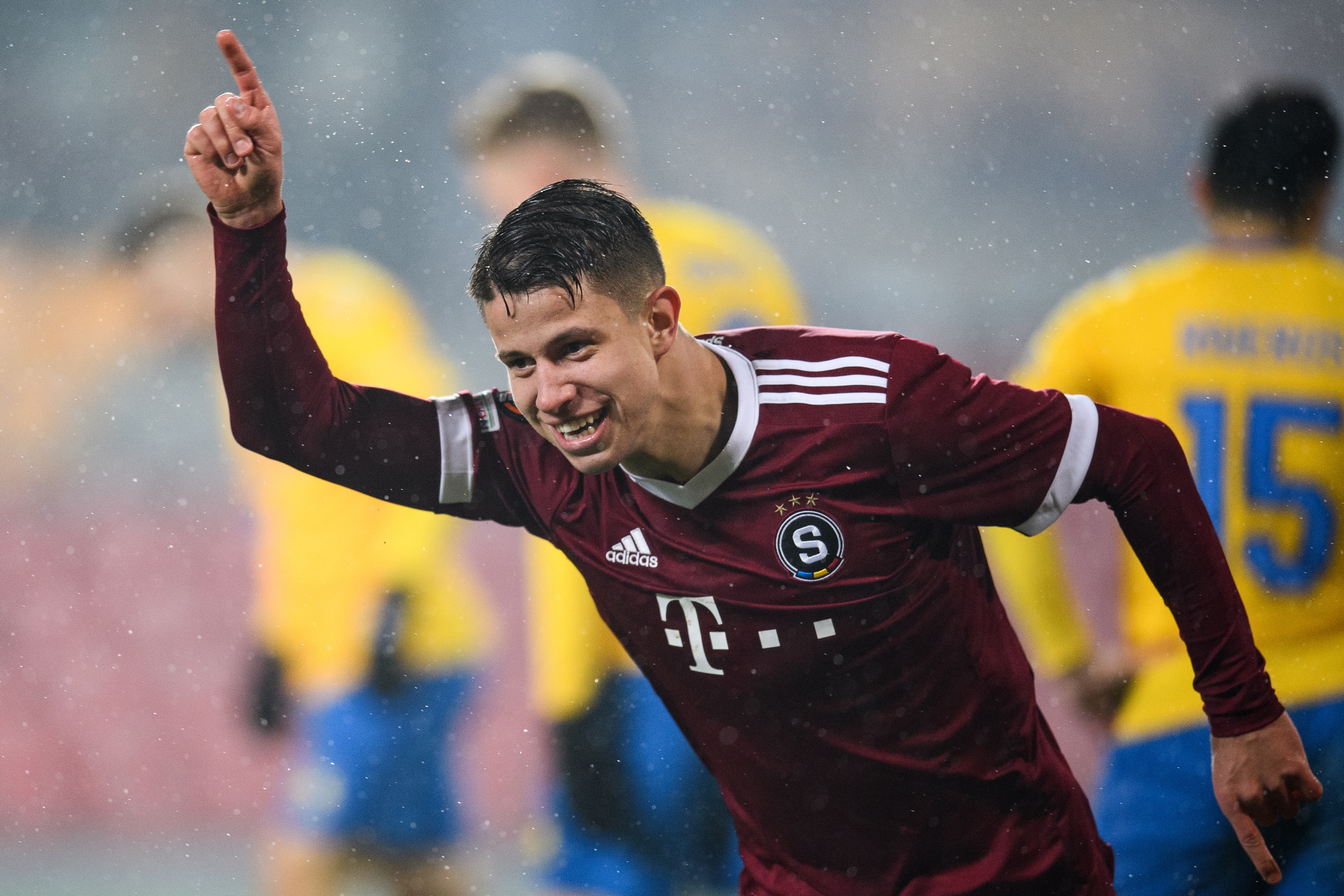 He showed complexity in the last season. He scored 12 goals and also added 14 assists. He assisted on three goals in the December game against Bohemians. He was named the king of assists at the end of the year. 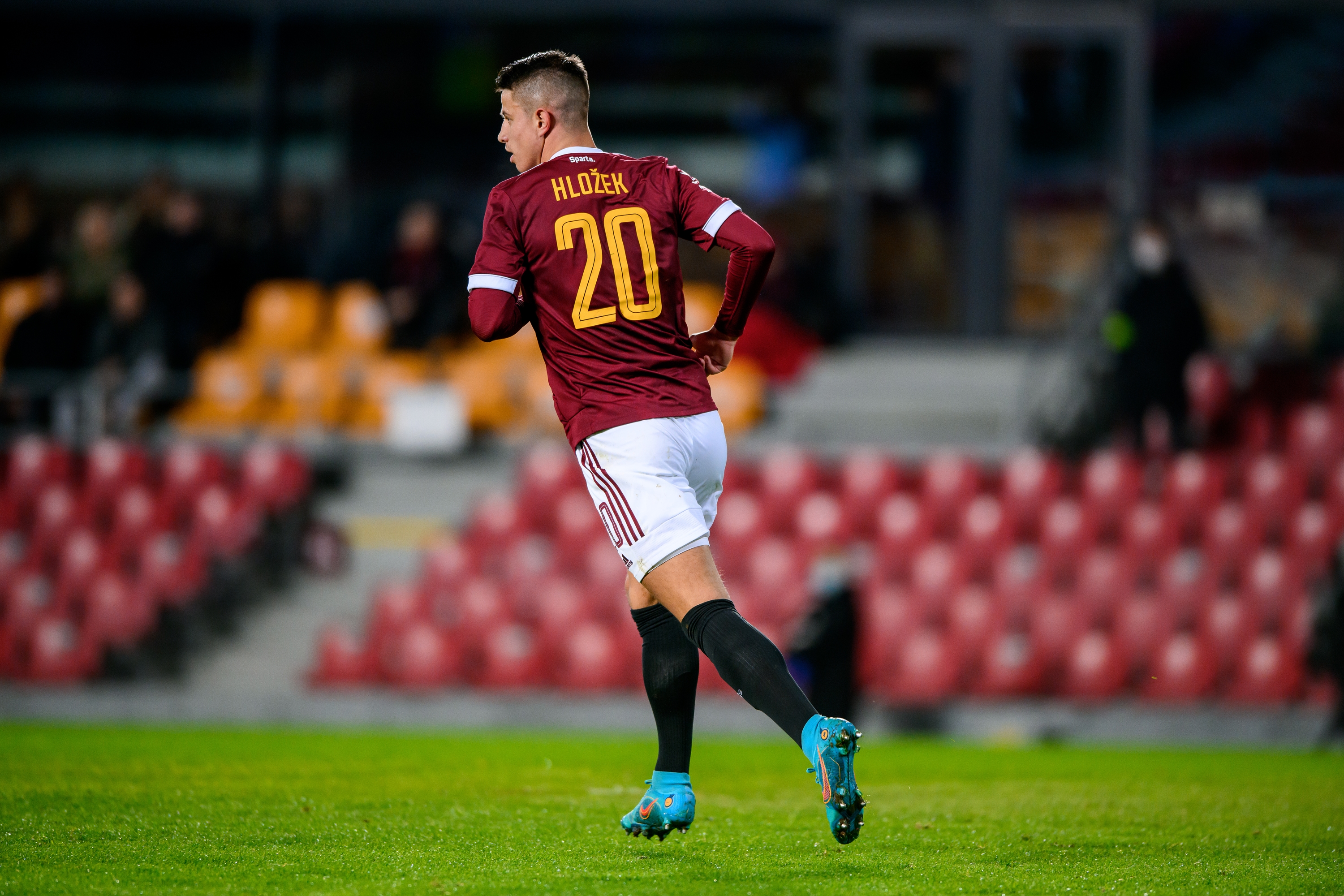 17th of April, Adam played his jubilee 100th match and it will not surprise you; he was again the youngest person who has ever done it. He had 19 years, 8 months, and 23 days. He celebrated this jubilee by scoring a goal. 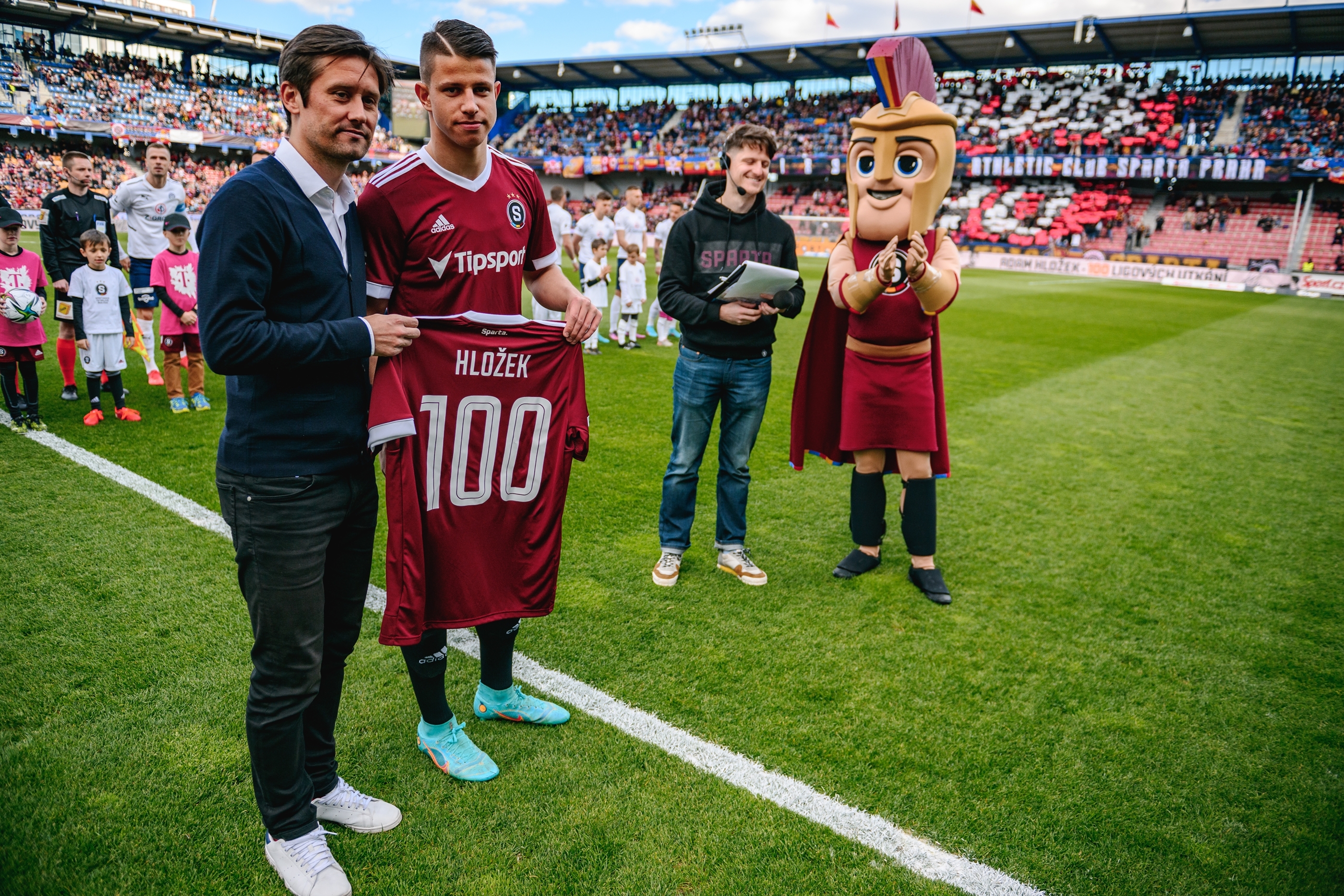 The player born in 2002 scored many historical and important goals in our jersey. Above that, many of them were beautiful. His goals were chosen in the vote for the “goal of the month” many times. His goal against Plzeň was named our most beautiful goal in the season 2020/2021. Adam, who did not even reach 20 years old, leaves Sparta as one of the most recognizable players in our history. 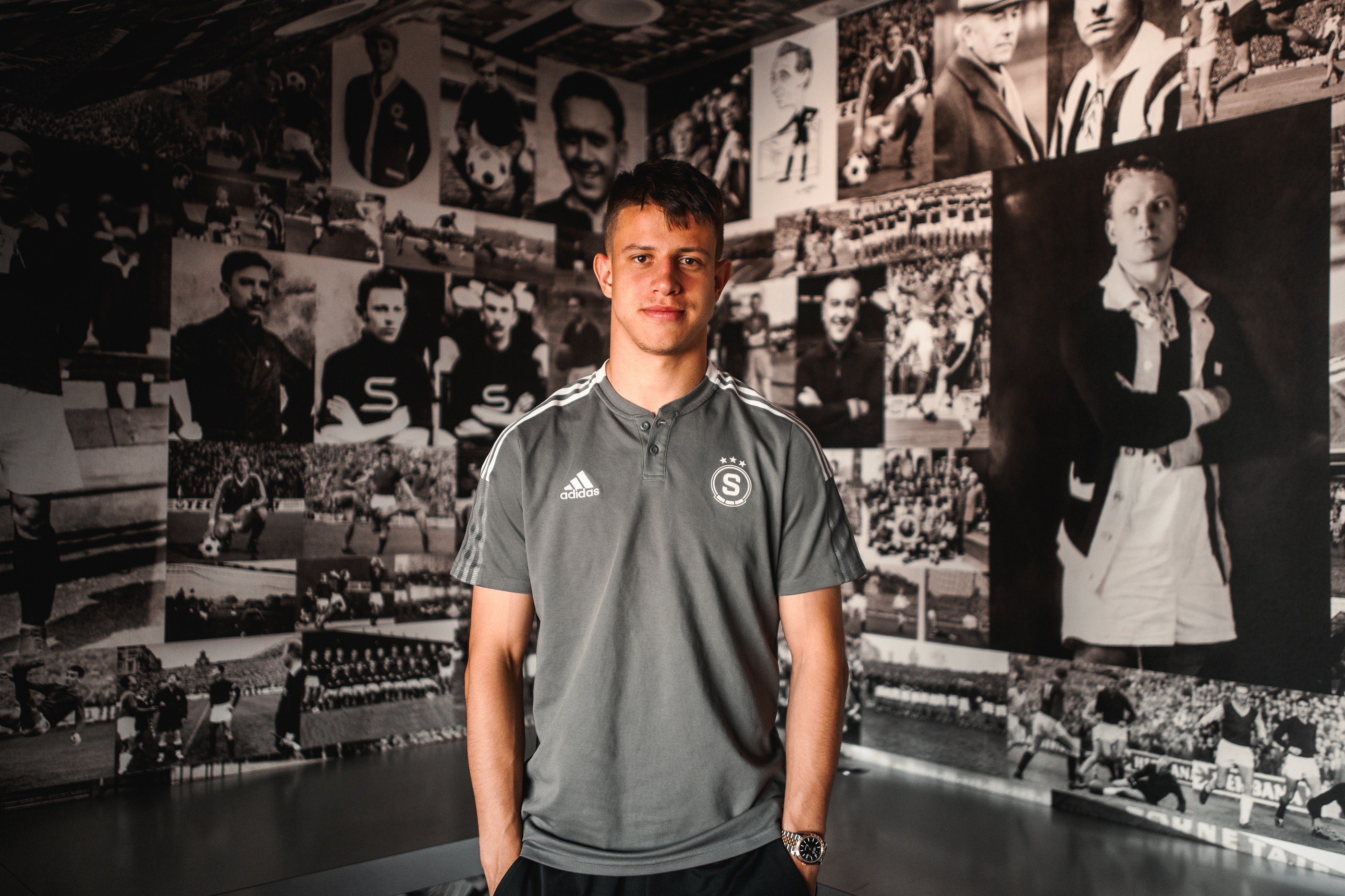 Hložan, it was a pleasure to watch you playing for Sparta. We wish you all the best in your future career. Goodbye!