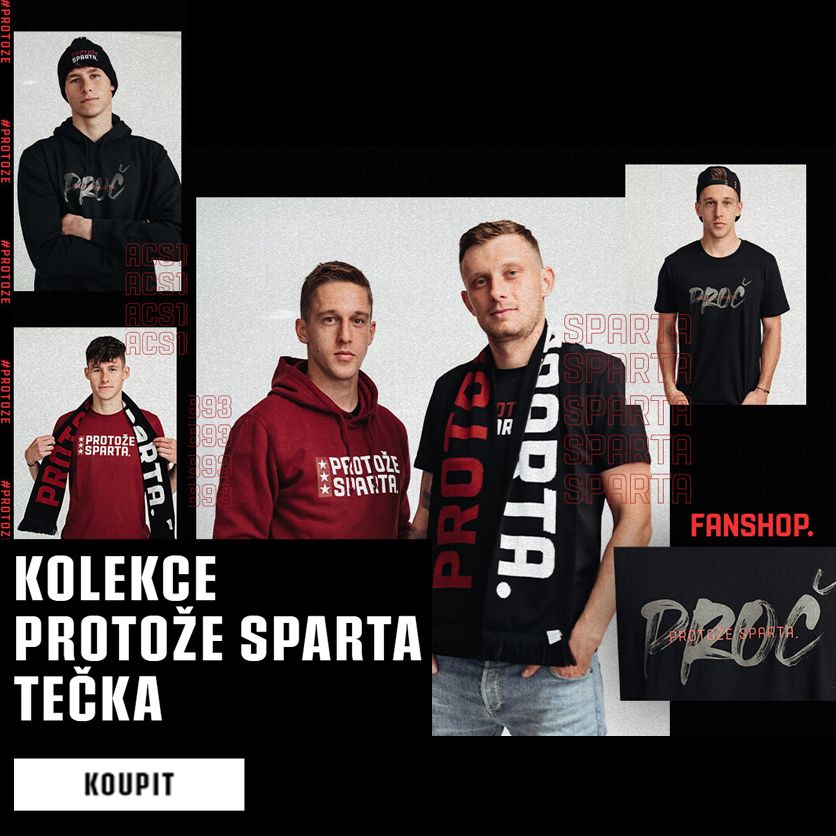 Sparta Prague is playing the third match in group A of Europa League against Olympique Lyon. The game is scheduled for Thursday 21st of October at 9 p.m. in Letná in Prague. The press conference took place a day before the game. Sparta's coach Pavel Vrba and winger Jakub Pešek were talking about the match and the opponent.

Do you think a good mood in the team can help to beat Lyon?

Our goal was to come back successfully after the national break. We did it and I hope it will continue in this way. We did not receive any goals against Rangers and Slavia, and it would be great if we can do it again.

You do not have a great statistic against French teams. Have you been joking you got another French team in the group?

No. We played two difficult games against Monaco that gave us a lot. I hope we will be successful this time.

What did the game against Monako show you?

It showed and gave a lot to our young players for whom it was a valuable experience. We are on a winning wave, the game against Slavia gave us self-confidence and a good mood. I hope it will help us tomorrow.

What about the importance of the match for you?

It is going to be one of the most important and difficult games in my career. We want to be successful. However, Lyon has great quality and strength. I hope we are ready for it.

Do you feel there are higher expectations from you?

I can feel it from people outside of the club, but I focus on myself, and I go to every match with a clear head. I will do my best tomorrow and hope it will be enough.

Are you looking forward to playing against Boateng?

It is going to be interesting to play against all the great players Lyon has. I am curious about their quality, and I am especially looking forward to Emerson who plays on my side. We need to be prepared as a team, do our best what determine the result. It is going to be a huge fight.

What do you expect from the atmosphere in comparison to the game against Rangers?

Children created such a great atmosphere, it was remarkable, I have never experienced anything like that. But I am also looking forward to our fans, they help us a lot. They pushed us to the other round in the game against Rapid. I hope the stadium will be full and we will enjoy the match together.

What do you think about Paqueta? Is he going to be the most dangerous player?

Lyon does not have only one great player, but the whole team of above standard players. Their team is mature and well-conceived.

What kind of match do you expect?

We need to learn from Lyon’s matches in the group. They were waiting for opponents’ mistakes and punished them. If we do not receive any goal, I would be happy about that, and for each point, that would profit from that. However, it does not mean I do not want to win at home. It is possible to collect points even against favorites. I was able to make it with Plzeň a few years ago.

What do you think about Lyon’s play?

The key matches for me were against Brondby, Rangers, and Monaco. They played really well and I could see their quality there.

How do you compare Lyon and Monaco?

I expect a similar quality to Monaco. On the other hand, Olympique beat them, but it is going to be similar. We have huge respect, and this match will show us for what we have. We want to receive collect points and be in European cups in the spring.

Many players play for the national team and in tough cup games. Can you see the progress of your players?

The national team and cup games form and experienced players and I hope they can use it tomorrow. I am happy we are in this competition, it will show us where we are. I believe our players will show they can play at this level.

What about the atmosphere?

Every coach and player are happy that people are back at the stadium, and we are getting back to normal. I am very happy about it, and I hope it will stay like that.

What can we expect from the starting eleven tomorrow?

How is the situation with LK37?

He is in full training for a week, but the question is for how long he is ready to play. I am happy he is healthy again. We did not want to hurry things up as the last time, we were patient. I hope all difficulties are over for him now.