From 1.9.2017, AC Sparta Prague football club gained the status of the Club Football Academy (KFA) supported by FAČR. This system of youth sports training is closely linked to the previous activity of mite teams (5-11 years), SpSM (12-15 years) and SCM (16-19 years).

Partner of the U17 and U19 AC Sparta Prague teams

"AC Sparta Prague provides sports training for 340 players in the Strahov Training Center, where above-standard conditions are created for players. At the same time, our club is one of the first in the Czech Republic with the full professionalization of working with talented youth. Comprehensive training and education of young footballers is provided by 15 professional coaches, most of whom have not only the highest coaching but also pedagogical education. Together, 40 other external coaches and specialists in youth sports training (physiotherapists, masseurs, scouts, nutritional counsellor and psychologist) help them to fulfil their sport program. Interconnection of the whole system is ensured by professional employees who secure organizationally and coordinate the whole activity in cooperation with other institutions (primary and secondary schools, Youth Home, FAČR)."

"The main goal of KFA AC Sparta is primarily to create the conditions and enable the sports development of players who find employment in top-level sports of adults. At present, more than 60 youth representatives of the Czech Republic are active in AC Sparta, which ranks our club as the leader in the domestic environment. In European comparison, we are even the 7th best academy in terms of the number of players who can succeed in top-level sports of adults. Almost 60 former charges of AC Sparta Youth Academy currently operate in the highest adult competitions in the Czech Republic or abroad."

"The main and most important pillar on which all youth activities in AC Sparta Prague is based is a unified concept and program of sports training, which includes the most important priorities and ways of working with talented youth. The uniqueness of this concept in domestic conditions lies mainly in its interconnection in terms of methodology and demanding character of individual and team game principles or requirements, which are the basis for work in most of the best European clubs."

"In our youngest categories, we clearly prefer movement development, try to promote the enjoyment of the game and want to see the spontaneity. With all this, we pursue a strengthening of the relationship with football and the club itself. The main task of coaches is therefore to create love and relationship to physical activity and regular sports in the child, which are the first step for their future football growth in Sparta. The older the children are, the more and more football skills, but also the specific and group trainings enter the training process. Due to this gradual development, we have also set up two-year training cycles, in which operate stable implementation teams, whose coaches are literally specialists in the given categories." 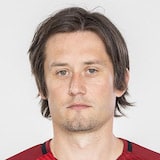 Sparta’s most famous player who went through all of the club’s youth divisions, always playing in the best team of every division. He had his first peek into the A-team at the age of 18, transferring to Borussia Dortmund, where he stayed for 5 years, after two seasons. Another big jump in his career came in 2006 when he entered the British Premier League, wearing the colours of Arsenal F.C. for the next 10 years. He then returned to Sparta in the summer of 2016 and officially ended his professional career in December 2017. In total, he played 105 matches as a member of the Czech national team. 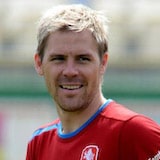 Tomáš was 5 years old when he first started playing football at Sparta. He continued on, moving up through all of the best teams of the youth divisions and signing his first professional contract at the age of 17. He gained valuable experience playing in the adult league during his year-long loan spell at FK Jablonec before returning to Sparta for two productive seasons, winning the Czech Cup, the Czech Football League and helping his team in the Champions League. He then joined the Ukrainian Shakthar Donetsk where he stayed for 10 years, winning eight league titles, four Ukrainian Cups, and the UEFA Cup in 2009. 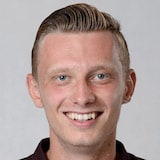 One of the players representing the strong group of players born 1992 and raised at the Strahov academy. He first joined Sparta’s A-team at the age of 17 and has since played 131 games in the Czech league, scoring 25 goals as a left midfielder. He also played several seasons of the UEFA Europa League, including the quarter-finals in 2016 when Sparta faced Villarreal, and then transferred to FC Bologna. One of his greatest achievements was the second place at UEFA European Under-19 Championship. 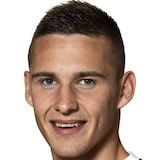 Pavel is another player from the 1992 “gang”, and a grandson of Václav Vrána – one of the club’s legendary players. His first adult stint was with Viktoria Žižkov as well – he spent six months there, before returning to Sparta, where he gradually made his way on to the pitch wearing the team’s colours. In the 2013/2014 season, he made a final transition from the right midfielder into the defence, becoming the core element of the team’s roster. He also played a big hand in winning a Double for his team. In the summer of 2015, he signed a contract with a Bundesliga team, TSG 1899 Hoffenheim. 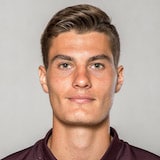 A skilled forward with great aim is one of Sparta’s former pupils as well. He first joined the A-team in the season of 2013/14 and holds the season’s Czech Cup. In the next season, however, he only appeared on Sparta’s junior roster, so he was sent off for a year’s loan to Bohemians1905, where he became one of the core members of the team and scored 8 goals in Czech First League matches. This, together with his achievements on the Czech Republic national under-21 football team, earned him a contract with U.C. Sampodria in Italy where he scored 11 goals as a substitute, subsequently landing a contract with A.S. Roma. 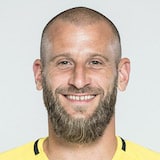 David took his first steps into the A-team at the age of 18. He made his debut in a match with Sparta’s long-term rival, Slavia, when he had to replace Petr Kouba, who had been sent off, and managed to finish the game without conceding a single goal. In the same season, he also had to replace Jaromír Blažek during the final game of the ČMFS Cup, helping his team achieve victory. After several loans, he made a final transition into Slovan Bratislava, staying there for two seasons before returning to the Czech Republic and signing a contract with Slovan Liberec, helping the team win the Czech First League. He had also spent some time under contract with two different Turkish teams. In 2014, he came back to Sparta. 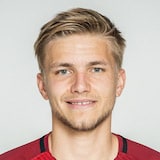 Son of Sparta’s famous midfielder, Martin is another strong player born in 1992. He became a part of Sparta’s B-team at the age of 19 and was sent on loan to FK Senica in Slovakia at the end of the season. In January 2013, he was a part of a transfer deal under which he and his fellow Sparta-raised player, David Pavelka, were sent to Liberec in exchange for Lukáš Vácha. He gained a permanent position as a member of the first 11 in Slovan Liberec, winning the Czech Cup. After returning to Sparta in the summer of 2015, he managed to get his break and played in a quarter-final match against Villarreal at the UEFA Europa League competition.