Although Jan started his journey at Sparta academy, his next steps led him to Bohemians, Liberec or Slavia. In the season 2020/21, together with Adam Hložek, he became the best scorer of the Czech league with 15 goals. The last address where he spend a few months was Lokomotiv Moscow. In Russia, he managed to play 11 matches, in which he scored three goals and added one assist. Before moving abroad, he played 110 matches in the FORTUNA:LIGA with a balance of 37 goals and 7 assists and now he will add some more as a Sparta player. 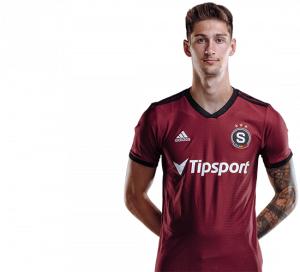